Dame Sian Phillips, one of RAFT’s patrons, was presented with a lifetime achievement award at the BBC Audio drama awards for a career spanning more than 70 years. Her career began in radio in 1944 and she performed in productions such as The Archers and an adaptation of John le Carre’s Tinker, Tailor, Soldier, Spy, […] 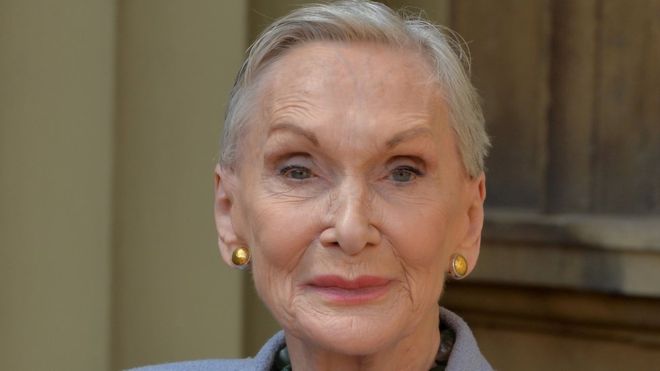 Jon-Allan Butterworth, RAFT patron and Rio 2016 gold medal winner,  secured the first gold medal of the National Track Championships when he won the para-cycling C1-5 time trial. There was more success for Rio Paralympic champions in the para-cycling B time trial, as Sophie Thornhill and Helen Scott were victorious. Neil Fachie, piloted by Matt […] 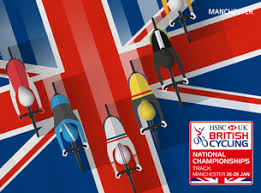 Rio 2016 gold medal winner and RAFT patron, Jon-Allan Butterworth will be competing at the HSBC UK National Track Championships, which takes place at the National Cycling Centre in Manchester later this month (26-28 January). With the iconic red, white and blue national jerseys at stake, the racing will be spectacular as Britain’s emerging generation […] 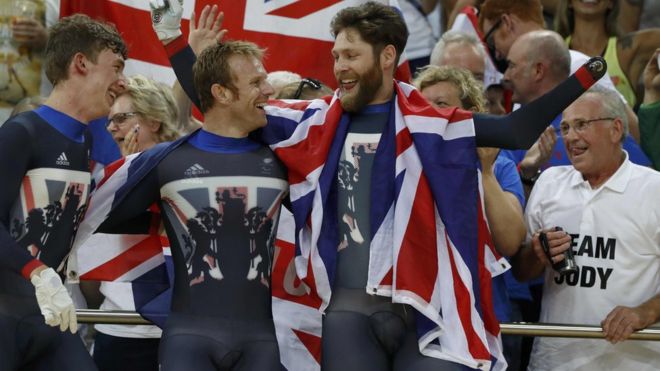 Dr Dipsi Patel, a GMC certified Doctor with 3 years experience practising medicine in India, has come to RAFT to gain invaluable research experience. Dr Patel will be working as a research assistant on several of RAFT’s projects and intends to further pursue scientific research after her time at RAFT. Click here to learn more […] 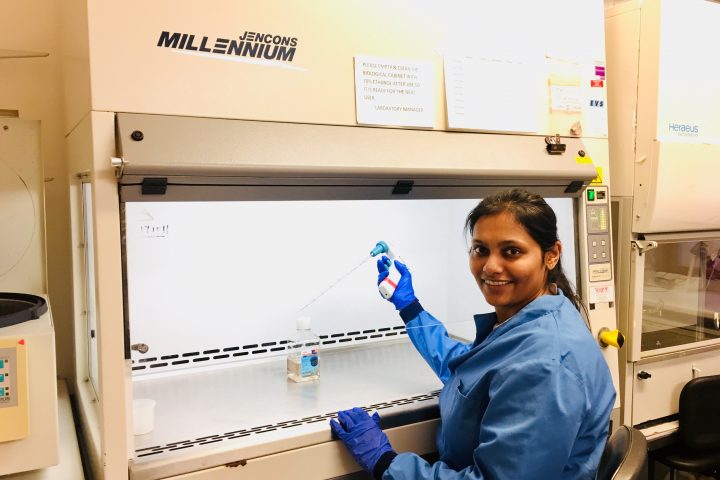 A review paper written by Dr Nupur Kohli, one of RAFT’s researchers, has been accepted for publication in ‘Bone’; a high impact journal which is widely respected in the scientific community. The paper is entitled “Bone remodelling in vitro: where are we headed? -A review on the current understanding of physiological bone remodelling and inflammation […]

BBC2 programme “Surgeons: At the edge of life” highlights the work of the talented surgeons at Queen Elizabeth Hospital, Birmingham.   Episode 1 will show maxillofacial surgeons, Tim Martin and Sat Parmar operate on a patient that requires a facial reconstruction after the removal of a cancerous tumour.  They will remove a section of bone and […] 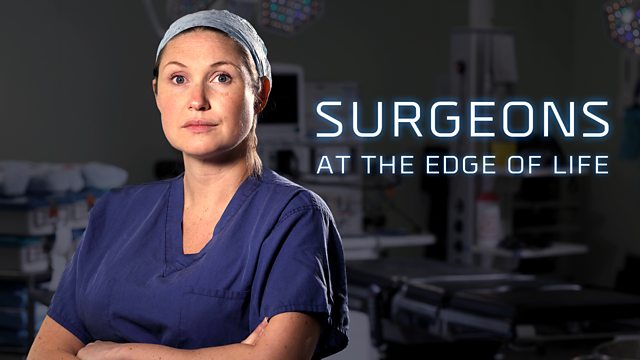 Saturdays (11th November 2017) edition of The Times newspaper included an article about a surgical procedure which has been used to provide a patient with a mind controlled bionic arm. The article contained a quote from Mr Norbert Kang, a RAFT trustee and former surgical research fellow, as one of his patients benefited from the […] 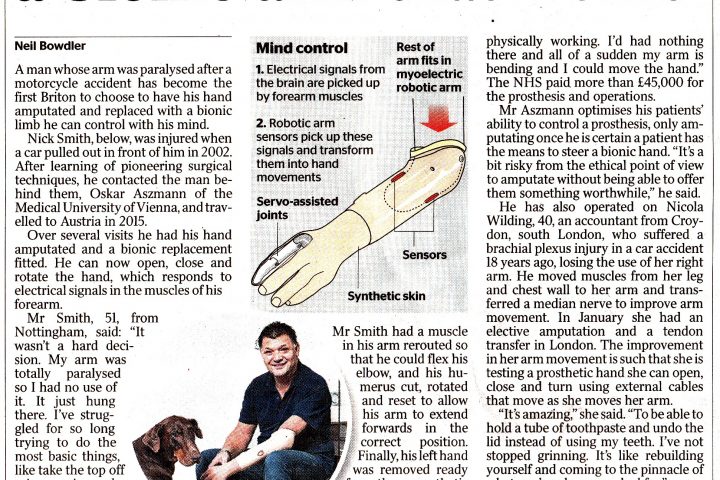 Dr Stuart Brown, one of RAFT’s Postdoctoral research scientists, featured as a guest during the most recent episode of ‘The Naked Scientists’, which was broadcast live on BBC Radio Cambridgeshire on Sunday 22nd October 2017. Dr Brown was interviewed on the subject of wound healing and Smart Matrix®; an advanced wound care product developed by […] 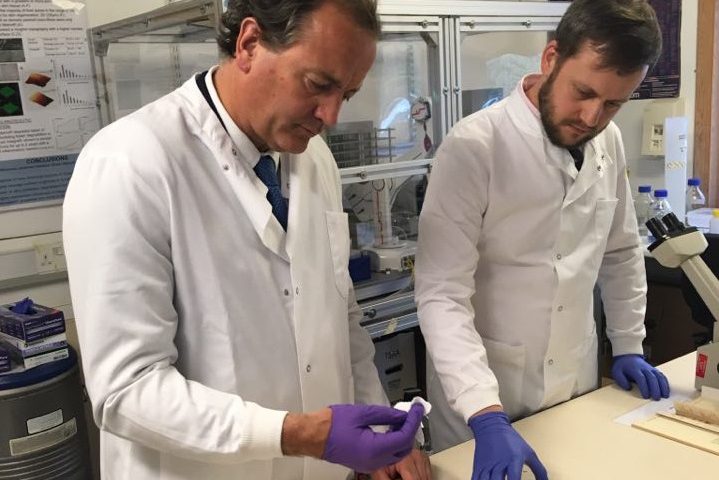 Civil Society’s summary of the latest movers in the charity sector this week (beginning 16th October 2017) includes the news that Dr Elena Garcia is now RAFT’s Director of Research. The full article can be read here.

Innovative and award-winning medical research charity RAFT today announces the appointment of its new Chairman: Dr Niccolo Caderni who will take over the role from Francis Gugen. An astrophysicist by training, Niccolo graduated from the University of Florence, his native city and came to the UK as a European Space Agency Fellow at the University […] 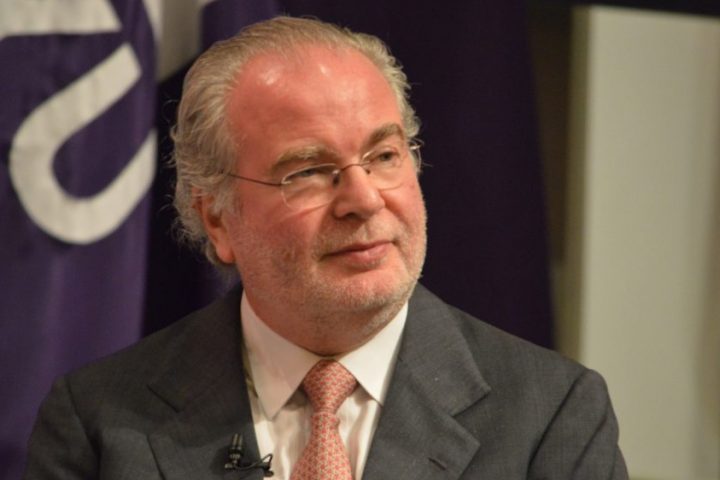