The atmosphere at this years Virgin London Marathon was as incredible as ever and the event was made special by so many truly inspiring individuals. Over 40,000 runners took part and were cheered on by over 800,000 spectators, which included Prince Harry and the Duke and Duchess of Cambridge. RAFT would like to say huge thank you to the 10 runners who took on this challenge to raise money for our research.
Our fantastic runners were Robert Jenkins Snr, Robert Jenkins Jnr, Agata Grzeszczuk, Alice Bromage, Chris Gibson, Claire Byrne, Matthew Fell, Stuart McGhee, Terry Kelleher and Vinita Ramtri.
A special mention must go to the inspirational Robert Jenkins Senior, who completed his 20th marathon for RAFT at the age of 80, and to his son, Robert, who obtained a marathon place via the public ballot but chose to raise funds for RAFT. 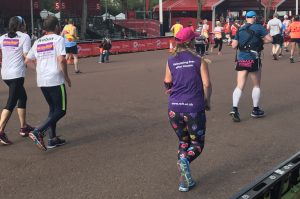 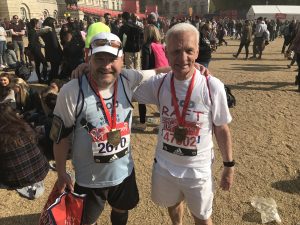