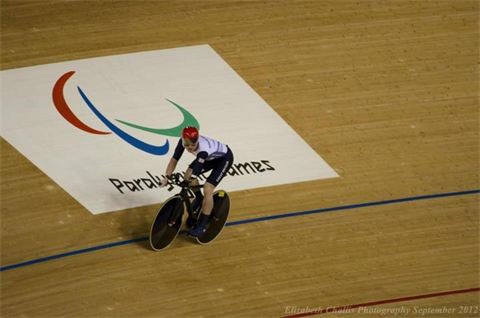 We are pleased to announce that British cyclist Jon-Allan Butterworth has become a Patron of RAFT.
After leaving secondary school, Jon-Allan joined the RAF in 2002 and served in Afghanistan in 2005 and Iraq in 2007 as a SAC(T) Weapons technician. On 4 August 2007 he was involved in a rocket attack on Basra Air Station, Iraq. He was operated on by doctors in a battlefield hospital who carried out an above the elbow amputation of his left arm.
Following his recovery, he became involved with paracycling, and took part in the Help for Heroes Big Battlefield Challenge in 2008, cycling 350 miles around the battlefields of Northern France to raise funds. With the support of The RAF Association, Jon-Allan was accepted onto the British Paracycling Programme in January 2009.
Highlights of his paracycling career include; achieving World Record Times in the C5 class for the Flying 200m Time Trial and the 1Km Time Trial at the 2013 National Track Championships, and a National Record time in the C5 class at the 2012 London Paralympic Games.
We are so pleased to welcome him aboard Team RAFT.