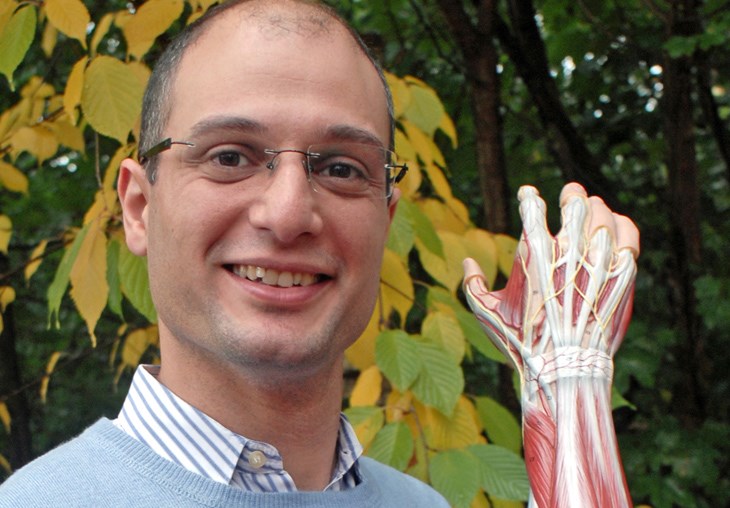 A British soldier badly injured in Afghanistan is using a bionic limb using learned-thought movement, according to a story covered today in the UK media. The University of Vienna surgeon mentioned in the article and RAFT have worked closely together already with RAFT’s bionic limb project.
Cpl Andrew Garthwaite, 26, from South Tyneside, was badly injured in Afghanistan when a Taliban grenade took off his right arm. Garthwaite says that he is determined to make a success of his new life with this bionic arm he can control with his thoughts.
The research on Targeted Muscle Reinnervation (TMR) is something that RAFT already funds and was part of the work that Dr Yazan Al Ajam did, ie, it is already embedded in the project plan for the implant that we have designed.
In fact, RAFT funded a surgeon to undergo training in TMR surgery and he is now training colleagues in London. We have also funded two physios from the Royal Free Hospital to go to Vienna to train in the specialist physio techniques required after TMR.
The photo shows Yazan holding a model of a human arm.