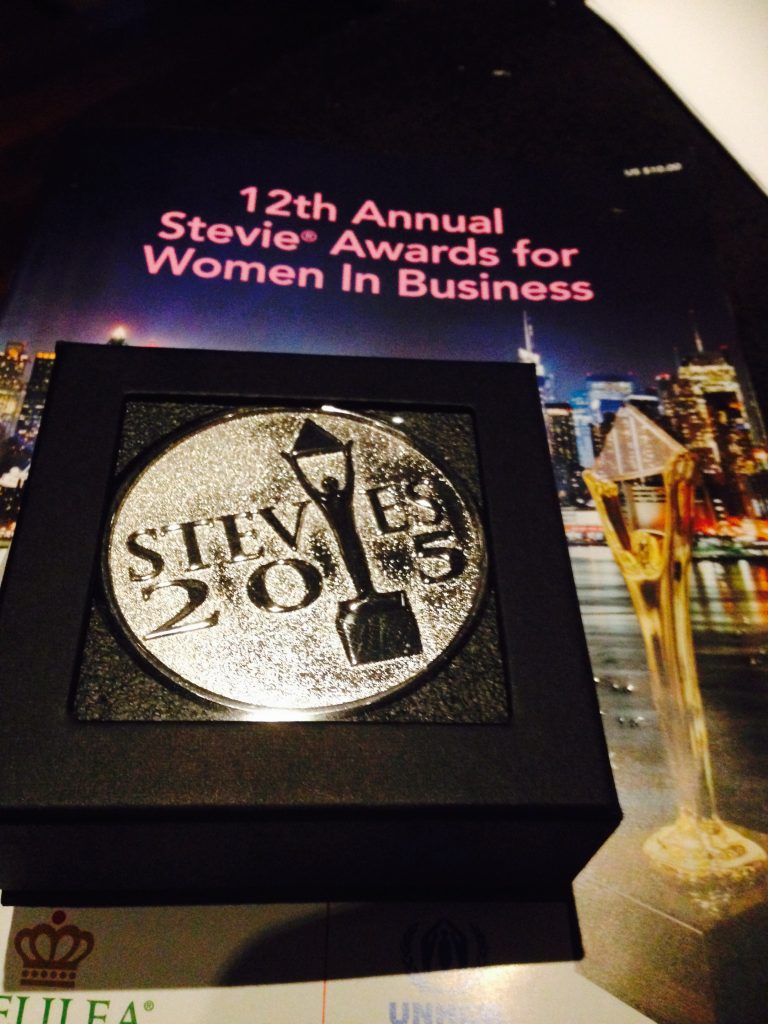 Leonor Stjepic, RAFT CEO, has been named the winner of a Silver Stevie® Award in the Female Executive of the Year – Government or Non-Profit for 11 to 2,500 Employees category in the 12thannual Stevie Awards for Women in Business.
The Stevie Awards for Women in Business are the world’s top honours for female entrepreneurs, executives, employees and the organisations they run. All individuals and organisations worldwide are eligible to submit nominations – public and private, for-profit and non-profit, large and small. The 2015 awards received entries from 31 nations and territories.
Nicknamed the Stevies for the Greek word for “crowned,” the awards were presented to winners last night during a dinner event attended by more than 400 people at the Marriott Marquis Hotel in New York City. The presentations were broadcast live via Livestream.
More than 1,300 nominations from organisations of all sizes and in virtually every industry were submitted this year for consideration in more than 90 categories, including Entrepreneur of the Year, Executive of the Year, Company of the Year, Startup of the Year, Women Helping Women, and Women Run Workplace of the Year, among others. Leonor Stjepic, RAFT CEO, won silver in the Female Executive of the Year in Government or Non-Profit category for 11 to 2,500 employees.
“I was delighted to be named a finalist in The 12th Annual Stevie Awards for Women in Business, and I am honoured to have been awarded silver in the Female Executive of the Year – Government or Non-Profit –11 to 2,500 Employees category. This would not have become a reality without the support of my friends, family and the RAFT family – our Trustees, Patrons, Donors, Staff and Supporters. This award is not only for me, but for everything that RAFt stands for, and I hope that this will bring further awareness for the life-changing research that RAFT is undertaking.” Leonor Stjepic, RAFT CEO
Stevie Award winners were selected by more than 160 executives worldwide who participated in the judging process this year.
“We are again humbled by the accomplishments of so many high-achieving women in this program,” said Michael Gallagher, founder and president of the Stevie Awards. Their work is an inspiration to girls and women around the world who dream of starting and growing a business, managing a leading company, or improving their community. We congratulate all of this year’s Grand, Gold, Silver and Bronze Stevie Awards.”
Details about the Stevie Awards for Women in Business and the list of Stevie Award winners are available at www.StevieAwards.com/Women.