Dame Sian Phillips, one of RAFT’s patrons, was presented with a lifetime achievement award at the BBC Audio drama awards for a career spanning more than 70 years.
Her career began in radio in 1944 and she performed in productions such as The Archers and an adaptation of John le Carre’s Tinker, Tailor, Soldier, Spy, opposite Sir Alec Guinness.
Dame Sian began her broadcasting career when she was 11 after winning a competition at the National Eisteddfod, and was taken to a studio by a BBC producer.
She went on to be an announcer and news reader before eventually taking to stage and screen. 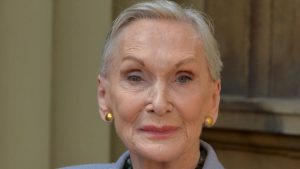